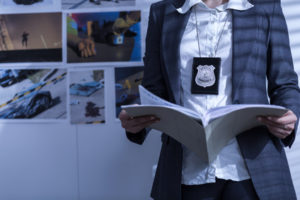 Currently defendants who believe they are a victim of police misconduct can try to get access through a discovery process which requires defense attorneys to make a compelling case that officers’ records are relevant to the case. However even if the motion is successful, the full records of the incident may not be made available.

California is one of just three states that shield police disciplinary records from almost all public scrutiny. By some measures, California may earn the most secretive award. It is the only state in which even prosecutors cannot directly obtain officer personnel records for a criminal investigation or for trial related to police actions in an officer-involved incident.

In the slate of new bills taking effect in 2019, two measures will give public access to internal police investigations, video footage and audio recordings.

First, Senate Bill 1421 will allow citizens to access internal investigation records through the California Public Records Act. Under this law, internal police records can be unsealed when officers discharge a weapon or there is some police misconduct involved such as fraudulent or dishonest investigative reports or sexual assault. SB 1421 goes into effect in just a few weeks: January 1, 2019.

A second measure, Assembly Bill 748, requires police departments statewide to release body camera video, other video, or audio recordings of incidents involving officer shootings or other use of force within 45 days. There is an exception to the 45-day limit if the release would interfere with an ongoing investigation. With the passage of AB 748 California may now rank as the most transparent state in the country in the release of police video footage.

1) Those relating to the report, investigation or findings in a police use of force incident that results in death or serious injury.

2) Records relating to the report, investigation or findings for a discharge of a firearm by a police officer.

3) Records related to a police officer found to have engaged in sexual assault involving a member of the public by force, threat, coercion, extortion, offer of leniency or other favor, or under the color of authority.

4) Records related to the finding of dishonesty by a police officer or oversight agency in a reporting, investigating, or prosecution of a crime or misconduct by another officer. Some examples of dishonesty in reporting include false statements, perjury, filing false reports, or destruction or falsifying of evidence.

The bill provides a comprehensive list of what information should be disclosed:

Some information may be redacted from the records. Home address, anonymous witnesses, medical or financial information, or information that may pose a significant danger to the officer or another person may be withheld.

Modeled after the LAPD policy on releasing body-camera video AB 748 sets statewide rules on the release of police recordings.

The legislation takes effect July 1, 2019 and mandates the disclosure of video or audio recording related to a “critical incident.” A critical incident is one in which an officer discharged a weapon, or when use of force resulted in death or great bodily injury.

The bill provides that during an active investigation the recordings cannot be withheld for longer than 45 days, unless its release would “substantially” interfere with the investigation. In that case, the agency may delay its release up to a year, and can delay after one year if they provide a written determination of the basis for withholding the recordings every 30 days.

These measures are a step toward undoing four decades of laws and court decisions that have made California police conduct records among the most secretive in the nation. The public will have much greater access to records that impact the credibility of police officers, and will allow defense attorneys and suspects more facts about criminal cases. The new laws could also lead to convictions being dismissed or charges dropped when all the facts can see the light of day.

David A. Stein is a skilled criminal defense attorney with a track record of obtaining very successful outcomes for his clients. If you have been accused of a crime or need help with any criminal matter, contact our law offices today at (949) 445-0040 for a consultation or send a confidential email online here.