What is a Violent Crime in California and Why It Matters? 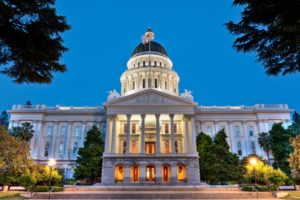 The voters of California overwhelmingly passed the Parole for Non-Violent Criminals and Juvenile Court Trial Requirements Initiative, better known as Proposition 57, last November.   The measure aims at reducing the number of offenders held in prison after the U.S. Supreme Court ruled that California’s prisons were overcrowded and ordered the state to lower its prison population numbers.

Proposition 57 references the California penal code’s defined list of crimes that the state considers “violent.” It is that list that will determine whether an offender is eligible for early release under the proposition.

As authorities began making plans for implementing Proposition 57, debate about the possibility of parole for some sex offenders emerged. Not all forms of rape, for example, are on California’s list of violent crimes.

Some lawmakers and law enforcement authorities believe that the state’s current list of violent felonies needs to be revisited in light of Proposition 57.

One Orange County state senator has introduced a bill that would reclassify more than 20 offenses in the state as violent felonies, including human trafficking of a minor, some types of rape, vehicular manslaughter, and assault with a deadly weapon. Under Governor Jerry Brown’s most recent budget proposal, inmates who must register as sex offenders would be excluded from being eligible for consideration for early parole.

While corrections officials are working on the details of implementing Prop 57 (due in October) and lawmakers are debating, we’ll be watching closely and keeping you updated on the impacts of Proposition 57 on the early release status of felony violent crime offenders in Orange County.

The attorneys at the Law Offices of David Stein are available for a no-cost consultation about any drug charge or criminal matter. With years in Orange County criminal defense, we have the experience and relationships with prosecutors to help you get the best possible outcome. Call us today at (949) 445-0040 or contact us online by email here.