New Propositions That Could Undo Some Pending California Justice Reforms 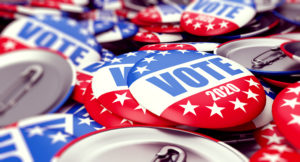 Two propositions have qualified for the 2020 ballot in California, both of which aim to undo certain provisions of recently passed criminal justice reform laws.

One proposition seeks to undo provisions of Propositions 47 and 57 as well as AB 109, all of which were aimed at reducing the prison population. The other seeks to reverse a provision of the sweeping 2018 criminal justice legislation that abolished cash bail in favor of a risk assessment system.

The first, called the California Criminal Sentencing, Parole and DNA Collection Initiative, would amend laws to make some theft and fraud crimes wobblers instead of classified as misdemeanors, potentially increasing the current penalties if convicted. Some of these crimes include vehicle theft, firearm theft, and unlawful use of credit card.   A wobbler is a charge that may be filed as either a misdemeanor or a felony. The initiative creates two additional types of crimes in the state code: serial crime and organized retail crime, both of which would be wobblers.

Another provision would require criminals convicted of certain misdemeanors that were classified as wobblers or felonies before 2014 (after the enactment of justice reforms laws) to submit DNA for state and federal databases. The misdemeanors that would require DNA collection under the initiative include shoplifting, grand theft, check fraud, and receiving stolen property, domestic violence, prostitution with a minor, and bodily harm or death of an elder.

After the U.S. Supreme Court affirmed a lower court ruling that the California must reduce overcrowding in its prison system, voters passed Propositions 47 and 57. Prop 47 changed several non-violent and non-serious crimes from felonies or wobblers to misdemeanors.

Prop 57 increased the chances for parole for felons convicted on non-violent crimes, and provided more opportunities for good behavior credits intended to reduce time served in prison. The Criminal Sentencing, Parole and DNA Collection initiative defines 51 crimes and sentence enhancements as violent crimes in order to exclude them from the parole review process established in 2018 by the Department of Corrections and Rehabilitation, which allowed some felons early release on parole.

The second qualifying initiative is called the California Replace Cash Bail with Risk Assessments Referendum. As the name implies, it is a referendum on Senate Bill 10, which replaces cash bail with a risk assessment system for suspects waiting trial.

SB 10 requires the adoption of a risk assessment tool to determine if a suspect should be released from jail while waiting trial. The assessment would categorize suspects as low risk, medium, or high risk. Low risk means for both public safety and of failing to appear in court. Medium risk suspects could be released based on local court rules, and high-risk suspects would be detained, but could argue for pre-trial release before a judge.

SB 10 is controversial with both prosecutors and defense attorneys – and of course the bail bonds industry. Any suspect has a California constitutional right to be released on bail, and only when deemed to be a threat based on “clear and convincing evidence” should they be detained. The California Constitution also states “excessive bail may not be required.” How the risk assessment process will ensure those two rights of citizens is not clearly defined. SB 10 potentially removes the judgment of the court and constitutional guarantees. I expect we will see lawsuits against SB 10. But the vote on the Replace Cash Bail with Risk Assessments Referendum may determine the outcome of bail in California.

David A. Stein is a skilled criminal defense attorney with a track record of obtaining very successful outcomes for his clients. If you have been accused of a crime or need help with a criminal matter, contact our law offices today at (949) 445-0040 for a consultation or email us confidentially online here.