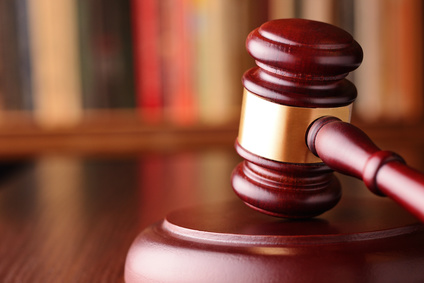 Gun laws get even stricter, some juvenile sex offense penalties are erased, rape statute of limitation is eliminated, and using a mobile device while driving gets touchy.

Be in the know about some significant new laws take effect as the calendar turns to January 1 this Sunday:

Of course you know it is already illegal to call or text from behind the wheel, but Assembly Bill 1785 means complete hands off – you cannot even hold your device while driving. Intended to curb distracted driving, the law now forbids drivers from “holding and operating” devices for any reason. You are allowed to use app functions that require just “a single swipe or tap of the driver’s finger” – but your device must be mounted on the windshield or dashboard to take legal advantage of the swipe-tap allowance. No hands permitted.

A first time offense fetches a $20 fine and a subsequent offense carries a $50 fine.

Two separate bills, Senate Bill 880 and Assembly Bill 1135, close the so-called “bullet-button” loophole in current laws banning assault weapons. Bullet-button devices meant owners could stay within the letter of the law of earlier assault weapon restrictions by pushing a button for quick release of spent magazines, without the need to use a tool or disassembling the gun. The new laws revise the definition of “assault weapon” to mean a semiautomatic, centerfire rifle or pistol that lacks a fixed magazine and has one of several other features, such as a folding or telescoping stock, a second handgrip, or a flash suppressor. Check the complete list of features that qualify a gun as an assault weapon.

If you own a gun without a fixed magazine,or with an ammunition feeding device that can be removed with the use of a tool, and it was purchased between 2001 and 2016, you will need to register it with the California Department of Justice by 2018.  As of July, 2017 if you  own a magazine that holds more than 10 rounds , you may have to sell it to a dealer, destroy it, or turn it over to law enforcement. There is an exception for legally owning large capacity magazines if you purchased the gun it fits before 2000, and you only use the magazine on that specific weapon.

With only a few exceptions, Assembly Bill 1135 also expands laws around loaning guns. The intent of the new restrictions is to crack down on circumventing background checks for gun owners.

The bill generally outlaws the loaning of a firearm except for a limited number of times to a family member. And, a hunting guide may legally loan a gun to a person that has a valid hunting license but only for the duration of the hunting season.

Prosecutors may now file charges for rape no matter how much time has passed since the crime occurred. Current law says prosecution of rape must begin within 10 years, or in cases of child sexual abuse, before the victim’s 40th birthday. Senate Bill 813 removes the time limit for new offenses, but that cannot be applied retroactively to crimes committed before Jan 1, 2017.

Lawmakers also passed several bills aimed at addressing human trafficking. One of these bills, Senate Bill 1322, responds to the growing awareness that child sex workers are often victims of trafficking, not criminals. The bill prevents law enforcement from arresting children younger than 18 and charging them with solicitation or loitering with intent to commit prostitution. The change in the law regarding minors is aimed at shielding children from legal consequences when they are forced to commit acts under the threat of violence. Police may take a sexually exploited child into temporary custody if there is an immediate threat to their health or safety.

Related laws going into affect in 2017 require mandatory jail sentences for sexual assault of an unconscious person, and allow prosecutors to file felony charges for possession of date-rape drugs with the intent to commit sexual assault. Date-rape drugs include GHB, flunitrazepam, and ketamine.

Installing ransomware on someone’s computer will now be classified as extortion in California. Senate Bill 1137 specifically defines ransomware as a “computer contaminant or lock” placed on a computer, data, or network and the demand of some kind of payment to restore access to the device(s) or data. As a felony, the use of ransomware means a conviction can carry a penalty of up to 4 years in prison.

And, those convicted of Internet-related sex crimes after Jan 1 will have to report their user names, email addresses and other online identities to police. Law enforcement may only use this information to investigate certain types crimes.

David A. Stein is a criminal defense lawyer handling all criminal matters in California with offices in Orange County. Call his offices at  949-445-0040 for a no-cost consultation about any criminal charge, juvenile court matter, or expungement of a criminal record.