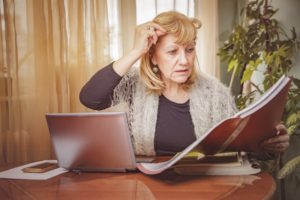 California laws that aim to provide specific protections to vulnerable individuals, such as elder and dependent adults and people with disabilities, carry with them legal requirements for reporting suspected or observed abuse.

Just like in cases of suspected child abuse, California law also mandates that certain professional individuals report abuse or domestic violence in which a vulnerable adult is the victim.  These individuals, called mandated reporters, are required to make a report of suspected abuse to an appropriate social service agency or to law enforcement. If they fail to do so they can be charged with a crime, and may additionally face civil liability.

It is a criminal offense to inflict physical harm, mental pain or suffering, or to willfully permit a person to be placed in a situation or circumstances in which his or her health is endangered. Elder abuse is generally defined as actual or suspected instances of abuse of a person 65 years or older.

An elder abuse “mandated reporter” is required by law to report actual or suspected physical or financial abuse, abandonment, or neglect.

A mandatory reporter for elder abuse is any person who has assumed full or part-time responsibility for care or custody of an older adult, whether they received compensation or not. In care settings, this includes administrators, supervisors, licensed staff, or health practitioner. In a commercial setting officers and employees of financial institutions and notaries are mandated reporters for financial abuse.

A report is required when a mandated reporter:

A mandated reporter who fails to make a report – or who prevents a report from being made – can face misdemeanor criminal charges and if convicted face six months in jail and/ or a $1000 fine. If the abuse results in death or great bodily harm the charge may be a felony, punishable by one year in jail and a $5000 fine.

In California, mandatory reporting for domestic violence requires healthcare providers to report to law enforcement if they suspect a patient’s injury is the result of abuse. This generally applies to individuals who provide medical services for physical injury, such as practitioners in clinics, health facility, physician office, or a public health department.

There is no legal requirement that the patient be informed of the report, but victims do have the right to refuse consent for an examination for evidence of domestic violence. Under California law, patients do not retain the right to refuse reporting.

A mandated reporter must make a report to the police department in which the incident occurred within 48 hours.

In 2014, the California legislature expanded mandatory reporting to specifically include instances of downloading, streaming, or accessing child pornography.

Assembly Bill 1775 updates the definition of sexual exploitation under the Child Abuse and Neglect Reporting Act (CANRA) to include downloading, streaming, or accessing child pornography, essentially makes it a criminal offense to view child pornography.

CANRA requires reporting of child sexual exploitation as well as abuse or neglect. Sexual exploitation includes depicting or exchanging, printing or duplicating film, photograph or videotape of a child engaging in sexual conduct. Assembly Bill 1775 broadens the definition to include accessing digital media, downloading it or streaming such content from the Internet.

Mandated reporters must report if they know or reasonably suspect that an individual has downloaded, streamed or accessed films, photos, slides, or video.

The top-ranked attorneys at the Law Offices of David A. Stein are available for a no-cost consultation on any criminal matter. Call our office today at (949) 445-0040 or email us online here.