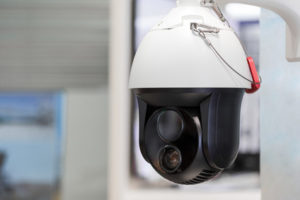 Police cars, malls, street lights, overpasses, and signs all over Orange County are equipped with license plate readers, recording billions of car trips in and around the county each year. These devices are known as automatic license plate recorders or ALPRs. You may also hear them referred to as AVI (Automatic Vehicle Identification) LPR (License Plate Recognition) or CPR (Car Plate Recognition).

While these readers have been in widespread use in Orange County for several years, recent media reports of the Irvine Company sharing license data captured at three of its malls with Vigilant Solutions, a technology vendor that sells data to Immigration & Customs Enforcement (ICE), is shining a bright light on the cameras that record the comings and goings of the driving public in Orange County.

The devices are high-speed cameras that photograph the license plates of every vehicle that comes into its view. Then, using optical character recognition technology, the number and letters of the license plate are converted into machine-readable text. The license plate text number is tagged with the time, date and location and automatically uploaded into a database. One manufacturer says its ALPRs can capture up to 1800 plates per minute. A single police vehicle equipped with a camera could capture tens of thousands of license plates in one shift.

The license plate numbers in Orange County are checked against the State of California database of stolen or wanted vehicles. Numbers can also be matched to arrest warrants, stolen plates, missing persons, homeland security investigations, or for other private uses, such as in debt collections for vehicle repossession.

In Orange County the license plates numbers and location data are stored in a pooled database. Law enforcement agencies that do not have ALPRs can access data collected by other agencies through the private technology firms that provide these systems, or through regional sharing networks.

Agencies often load “hot lists” of plate numbers they are actively looking for. When the ALPR scans a plate on that list and a match is made in the database, police vehicles on the road equipped with mobile readers are alerted in real time. Agencies may also have stationary systems that are alerted of scanned matches on the agency’s hot list.

In the recently reported case of the Irvine Company’s use of ALPRs, a spokesperson for the company says they do share the license data they collect from mall visitors with technology vendor Vigilant Solutions. But Vigilant denies it shares data with ICE but it does share the data it has with law enforcement, insurance companies and debt collectors. Vigilant does have a contract with ICE. The company has agreements with about 3000 law enforcement agencies nationwide, including in Los Angeles, San Bernardino and Orange counties.

Police departments say the license readers make their life easier than in times when officers had to write down license numbers and manually check them. The nonprofit International Association of Chiefs of Police says some of the benefits of ALPRs are:

Civil liberties watch groups argue that these technologies allow government to store information about and examine the travel patterns of consumers on public and private property without transparency or consent.

They question the use ALPRs as a mass surveillance technique and have been actively working to get information from state and local agencies to inform citizens how they are being applied to law enforcement and other data sharing activities.

You Have A Right to Know About the Use of ALPRs

Every police agency in Orange County has at least one police vehicle equipped with an ALPR, including those at universities.

Two laws in California require all police agencies have a policy about its public tracking technologies, including ALPRs and cell-site simulators known as “stingrays,” disclosing how the technology is used within their agency, and how long the information is kept.

S.B 34 requires law enforcement agencies and other “ALPR operators” that use automated license plate recognition – or that access ALPR data or provide access to ALPR data – have written privacy and usage policies. The law requires them to publish their polices. The bill also says public agencies who use or intend to use ALPRs must provide an opportunity for public comment. Pubic agencies are prohibited from selling, sharing or transferring ALPR information except to another public agency. Agencies are only allowed to use the data for authorized purposes.

On a related note, S.B. 741 requires every local agency that operates stingrays (cellular communications intercept technology) to implement a usage and privacy policy and the technology must be approved and adopted by its governing body and subject to open meetings law. The agency must publish these polices and, if has one, it must be posted on their website.

Even though required by law, some agencies fail to publicly publish their policies. The Irvine Company does disclose the use of ALPRs at it malls and posts its policies on its website.

A recent court case argued that license plate data is part of the investigative record and as such that information can be shielded from suspects or defendants. The California Supreme Court ultimately ruled that in this case license plate reader data and information gathered from them is not necessarily part of the investigative record, and under certain circumstances that information cannot be kept secret and defendants have the right to know about investigator’s use of ALPR data.

A new bill, S.B. 1186, is working it’s way through the California legislature that, if passed, would require policing agencies to disclosure all its public surveillance technologies. The proposed legislation which passed the Assembly Committee on Privacy and Consumer Protection in June, would require police agencies to submit to its governing body in an open meeting a proposed Surveillance Use Policy for every type of high tech surveillance device it intends to use and detail the information it collects.   The bill aims to create oversight of tracking technologies by elected officials and impose on agencies written and public rules over their use, implementation and authorized use of the information gleaned from the systems.

You can expect more technology to make its way into crime investigations.  Today technology plays a increasing role in evidence gathering and prosecutions. Technology is powerful, but fallible and police and prosecutors can misuse it.  Know your rights and hire a tech-savvy defense attorney if you are accused of a crime.

David A. Stein is skilled criminal defense attorney with a track record of obtaining very successful outcomes for his clients. If you have been accused of a crime or need help with any criminal matter, contact our law offices today at (949) 445-0040 for a consultation. or contact us online here.