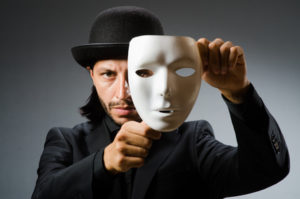 You’ve surely seen all the news reporting by now about the massive hack of Equifax that stole identity data of nearly half of all people in the U.S.  Criminals got away with particularly sensitive identifying information – names, social security numbers, birth dates, addresses, and some driver’s license numbers. That kind of information allows someone to pose as you to banks, auto dealers, credit card companies, the IRS, hospitals, government agencies, and insurance companies.

The data breach became public last week, but it was detected sometime in early July, giving criminals a pretty big head start on selling and using the stolen information to take out loans, open credit card accounts, buy property, or get a passport – all in your name.

Cyberfraud professionals in the know tell us the stolen information has already been made available to those willing to buy these records for fraudulent use.

The government is taking this breach very seriously. Both the FBI and the Consumer Financial Protection Bureau are investigating, and Congress has announced hearings in the House.

Anyone taking, transferring or using this information is committing the crime of  identity theft.

Identity theft is a serious crime. It includes not just using someone’s identity in various forms, but can run the gamut of being in possession of such information, use of it, to trafficking the information.

What is Criminal Identity Theft?

California’s Penal Code 530.5 PC defines identity theft as willfully obtaining personally identifying information belonging to another person and using it without that person’s permission for an unlawful purpose.

Typical identity theft unlawful purposes include such activities as getting loans and credit cards, buying real estate or other goods and services, getting medical care, filing insurance claims, or taking money from bank accounts or other sources. Or, you can be charged with identity theft if you are in possession of others’ identifying information if there is an unlawful intent.

The statue also makes it illegal to:

Under California law, identity theft is a “wobbler” offense, meaning prosecutors can charge the offense as either a misdemeanor or a felony.

If you are convicted of an identity theft misdemeanor it may mean up to 1 year in jail and / or a fine up to $1000 for each offense.

Under Federal law, the penalties for:

are up to 15 years in prison and substantial fines.

If the identity theft is related to drug trafficking, the commission of a violent crime, or if it is a repeat offense, prison sentences can increase to 20 years,

If the identity theft is a means to commit an act of terrorism, it can mean a prison term up to 30 years.

A conviction may result in additional penalties if identity theft also involves a related crime such as bank fraud, healthcare fraud, firearms violations, drug trafficking or other federal crime.

If you have been accused of identity theft or other types of fraud, it is important to defend yourself to mitigate the consequences. We can help. David A. Stein is available for a no-cost consultation on your case. He is an experienced criminal defense attorney. Contact our law offices at 949-445-0040 today or email us confidentially online here.