The Fitbit Murder and Our New Digital Witnesses 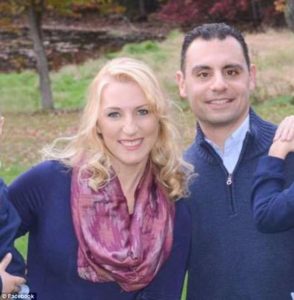 A Connecticut man has been arrested for the murder of his wife. He tells one story about how his wife died. His wife’s Fitbit seemingly tells a different story.

A mid-morning 911 call last December brought police to the home of Connie and Richard Dabate. Police arrived to find Connie dead in the basement from two gunshot wounds. Her husband, Richard, was on the kitchen floor tied by one arm and one leg to a folding chair and with cuts on his chest.

Richard told police that while dropping children off at school and on his way to work he received an alert that his home alarm had gone off. He went home to investigate and was ambushed in the home by a masked man dressed in camouflage. He said the intruder used “pressure point” techniques to disable him, tied him to a chair and began repeatedly stabbing him with a knife and burning him with a blowtorch.

According to Richard, Connie arrived home from the gym while he was wrestling with the intruder. He tried to warn her to get out of the house and get help, but the intruder chased her into the basement. At some point the intruder either found Richard’s gun or wrestled it away from Connie and shot her twice with it. Richard was eventually able to grab the blowtorch and turn it against the intruder who then fled the scene.

Police were suspicious of Richard’s story when dogs could not pick up the scent of an intruder, there was little sign of struggle in the house, there didn’t appear to be any sign of forced entry, and blood evidence didn’t match up with Richard’s story.

But, it is Connie’s Fitbit data that could be used as the most crucial evidence against Richard.

According to court documents, Connie Debate’s Fitbit recorded her walking 1,217 feet around her home an hour after her husband claimed the masked intruder shot her. According to police, the distance recorded during that time is 10 times the distance from her car to their basement – the route Richard claims she took arriving home and during the chase before she was shot.

But prosecutors are using other digital evidence to build their case. According to the arrest warrant police say digital devices provide a timeline of the events:

But, digital data isn’t always an ironclad witness to a crime. A skilled criminal defense attorney can refute seemingly indisputable digital evidence. Like any other evidence, digital data must be examined properly and can be interpreted differently. And first responders or law enforcement can compromise digital data unwittingly.

Here are just a few potential issues with these digital witnesses:

Police generally need a warrant to collect data from Internet connected devices belonging to a suspect or from their service provider. But data from the victim’s devices are often available to law enforcement without a warrant.

As we bring digital devices more and more into our lives and daily activities it is no surprise that we are seeing new kinds of criminal evidence showing up in crime investigations and courtrooms. The best criminal attorneys stay abreast of the flaws and the strengths of these newfangled digital witnesses.

David A. Stein is a distinguished criminal defense attorney and trial lawyer. He has a track record of successfully defending violent crime cases, often getting charges dismissed or winning acquittals after jury trial. Mr. Stein is available for a no-cost consultation on all criminal matters. Call our office today at 949-445-0040 or send us an email online here.