Although we have a Constitutional right to keep and bear arms, State and Federal statutes regulate the possession of firearms and ammunition. These laws govern which firearms are legal to own, who can own or possess a firearm, and how to legally transport a firearm. California’s gun control laws are some of the most restrictive in the country. In addition to restrictions on who can own a firearm, there is a 10-day waiting period, as well as limits on magazine capacity and purchasing ammunition. 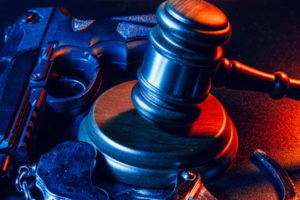 If you’re faced with felony gun charges or another offense regarding a firearm or weapon, you need the help of an experienced weapons defense attorney. David A. Stein is an Orange County, CA criminal defense attorney who is dedicated to fighting for your rights. He will aggressively represent you in court and get the best possible outcome for your case.

Seemingly minor offenses such as brandishing a firearm, the illegal discharge of a firearm, or carrying a concealed weapon can be prosecuted as either a misdemeanor or felony. The most common violations involving concealed weapons occur when otherwise law-abiding citizens incorrectly transport their weapons in everyday situations or commit firearm violations in motor vehicles. For example, when a person mistakenly transports their weapon without removing the magazine or ammunition, or fails to transport their firearm in a locked container or some other containment such as a trunk.

More serious charges, such as assault with a deadly weapon, are also considered “wobbler” offenses. Under California statute, assault with a weapon can be charged as a misdemeanor with a punishment of up to one year in jail, or as a felony with a punishment of two to four years in prison. Aggravated assault with a deadly weapon, or first-degree assault, is a felony charge that involves the purposeful use of force or violence against another with the intention to cause great bodily harm or death.

The punishments for California firearms crimes are serious and permanent. If convicted of a firearms weapons charge, as much as ten additional years could be added to your sentence due to gun enhancement laws. And because of recent changes to California legislation, judges can now rule on enhancements alone, putting your sentencing in the hands of one judge.

You need aggressive representation if faced with firearms and weapons charges. Criminal defense attorney David A. Stein will protect your rights from the beginning of your case, and will be there every step of the way in your assault and battery defense. Call our office today for a no-cost consultation.