How to Fight a Restraining Order in California

How to Fight a Restraining Order in California

In the California legal system, a restraining order, commonly referred to as a protective order, is an order issued by the court that forbids a specific person from harassing, abusing, stalking, or threatening another person. The party that is protected is known as the protected person, and the other party is known as the restrained person. The most common reasons for a restraining order are to prevent someone from physically or emotionally harming another person, making a false accusation, such as a false police report, or to protect property damage and destruction. California law recognizes four types of protective orders – domestic violence, elder abuse, civil harassment and workplace violence.

Restraining orders, even temporary ones, should not be taken lightly. California protective orders can remain in effect for up to five years. They also impose conditions that must be followed carefully. For example, you might suddenly learn that you need to move out of your house and avoid all contact with certain individuals, including your kids. 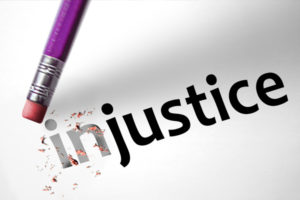 Furthermore, violating the order, even accidentally, can result in an arrest, jail time, and a criminal conviction. Per California Penal Code section 273.6 PC, a violation of a protective order is a crime which is charged as a misdemeanor and is typically punishable by imprisonment in county jail for up to one year, and/or a maximum fine of $1,000. Most restraining orders will also prohibit a restrained party from possessing, owning, or purchasing a firearm. Therefore, it’s important to follow the terms of a protective order and consult an attorney, even if you think the allegations are false and the order was issued against you  unfairly. A good defense attorney can explain how to fight a restraining order and advise you on your next steps.

It’s not too late

You were served with a restraining order. Now what? First, read the entire order and follow the terms carefully. Next, hire a criminal defense attorney who can help you fight the order. You might be able to convince the judge to drop or modify certain conditions or fight the order altogether.

It’s important to act quickly if you’re served, as you may only have a few days to file response papers, gather the necessary evidence and prepare for the hearing. You’re not required to attend the court hearing, but if you don’t show, the court may, and most likely will, issue the permanent order. The hearing might be your one and only chance to present your side of the story to the court.

An unwarranted protective order can actually be very harmful to the restrained person. In many cases, a disgruntled boyfriend or girlfriend is seeking revenge, or an angry neighbor or co-worker may want to get back at you. Perhaps your spouse has even filed for an order of protection to “punish” you. Regardless of the reasons for the restraining order, hiring a criminal defense attorney can make all the difference in defending your rights.

David Stein is dedicated to defending you in any criminal matter. Contact us today for a free criminal defense consultation. We are available to our clients around the clock.