Federal crimes are some of the most serious offenses charged, and investigations of these crimes is extensive. Investigations are often led by federal authorities, such as the FBI, DEA, Homeland Security, and other agencies, who are responsible for gathering evidence for federal prosecutors. 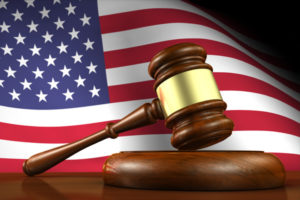 When it comes to being accused of a federal crime, your best chance at fighting the charges is hiring a criminal defense attorney who knows the federal court system inside and out.

Solutions for a serious problem

Unlike state charges, federal crimes fall under federal jurisdiction, and penalties for such crimes carry much harsher sentences. These penalties are more severe for several reasons, such as:

Because of these stricter sentencing guidelines, federal prosecutors will frequently use tactics to get defendants to admit guilt. If your case goes to trial, you may suddenly find yourself pressured to acknowledge complicity, even when you are innocent.

Those charged with a federal crime face serious prison time and, if convicted, are required to serve 85% of their sentence. Therefore, you need to hire an experienced attorney who is knowledgeable of the federal rules of criminal procedure and federal sentencing guidelines. They can advise you on how to avoid incrimination during interviews, investigate your charges further to help your defense, negotiate lesser charges, and more.

Your case is in good hands

Choosing the right attorney to represent you is critical to an outcome in your favor. When your future is at stake, hiring a criminal defense attorney who can navigate all aspects of the federal criminal system and fight for you is key.

With exceptional investigative abilities and highly calculated defense strategies, the Law Offices of David A. Stein in Orange County will provide you the best legal defense. Whether it’s getting the charges dismissed, pursuing an acquittal, or negotiating a plea deal, Stein Defense will fight for you.