There is not one domestic violence law in California. In fact there are a number of laws each dealing with specific circumstances, like corporal injury to a spouse, child abuse, date violence and injury to a roommate. The kind of alleged violence and the nature of the relationship between the parties determine which law (or laws) an incident may violate. 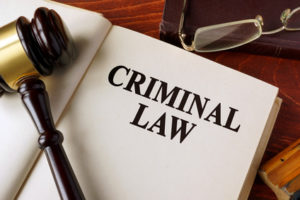 The laws – and society – severely punish domestic violence crimes because the victim is considered to be uniquely vulnerable by virtue of the relationship.

All domestic violence charges bring with them serious legal and personal consequences. Besides jail time and a criminal record, a conviction can also affect your reputation with friends and colleagues, your job, your finances or housing, child custody, possibly your professional licensing, and your right to own a firearm.

The victim of the alleged violence does not have to formally press charges for you to be arrested and charged. Police and prosecutors have wide discretion in domestic violence cases to arrest, file charges, issue protective orders, and to seek maximum penalties. Arrest is mandatory in all cases where there is probable cause to believe domestic violence has occurred – and the charge initially is likely to be a felony.

The Difference Between Domestic Battery and Domestic Violence

Whether you are charged with domestic battery or domestic violence often means the difference between facing a misdemeanor or a felony conviction.

Domestic battery, also called “spousal battery,” is a type of domestic violence crime in California. The legal definition under Penal Code 243 is the act is “harmful or offensive” against a current or former spouse fiancé(e), or dating partner; or a father, mother or child.

With a domestic battery charge the victim does not have to suffer physical injury, only that any “willful and unlawful” touching involve force or violence. Domestic battery is most likely charged as a misdemeanor. To get a conviction the prosecutor must show the contact was forceful and/or unwanted.

Domestic violence under Penal Code 273.5 is defined as “corporal injury” to a spouse, fiancé(e), dating partner or family member. To be convicted it must be shown that the defendant intended to inflict injury and the act resulted in bodily harm. It is common for domestic violence charges, at least initially, to be filed as a felony.

Domestic violence laws encompass what has become knows as “dating violence” or “teen dating violence.”   The abuse can involve physical, verbal, emotional, or sexual; or involve stalking, texting, or posting of pictures online. It includes relationships between current or ex- dating partners.

Because there is evidence that 10-20% of teens experience some kind of dating violence, lawmakers in California passed a law requiring public schools to educate juveniles about how to prevent dating violence by recognizing abusive relationships, knowing how to avoid engaging in abusive behaviors, understanding relationship boundaries, and providing information about the forms of sexual abuse or assault.

Police can issue an emergency protective order lasting for a few days at any time. A temporary order can then be issued by filing with an Orange County court. The temporary order remains in effect until a full hearing with a judge, at which time the judge decides whether to issue a permanent restraining order. A permanent restraining order is renewable every five years.

Simple domestic battery is typically charged as a misdemeanor. In cases where serious injury has resulted, prosecutors may decide to file a charge of “aggravated battery.” Battery is a “wobbler” offense, meaning the prosecutor can file the charges as either a misdemeanor or a felony. The prosecutor will consider the circumstances of the incident, the accused person’s criminal record and how serious the injuries to the victim are when deciding whether to file the charge as a felony or misdemeanor.

Conviction for a misdemeanor domestic battery offense can carry a penalty of up to 1 year in county jail and/or fines up to $2,000. In Orange County a minimum 30-day jail sentence along with a 52-week domestic batterer class is common, even for first-time misdemeanor convictions.

If you receive probation in a domestic battery case an experienced criminal defense attorney may get your sentence suspended if he negotiates for your participation in a treatment program or another appropriate counseling program approved by the court.

Domestic violence is a “wobbler” offense, although it is common for the charge to be filed initially as a felony. Prosecutors will evaluate the circumstances of the case and the seriousness of the injury and can reduce the charge to a misdemeanor.

Conviction for felony domestic violence is two, three or four years in prison and/or fines up to $6,000. It is a “strike” on your criminal record under California’s “three strikes” law.

If you have been charged with domestic violence or domestic battery, it is important to hire lawyer. An attorney experienced in Orange County may be able to get felony charges reduced to a misdemeanor, keep you from incurring a “strike” on your record, and minimize jail time, fines and the impact on your life.