The Difference Between an Infraction, a Misdemeanor and a Felony 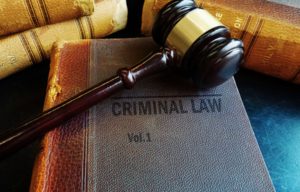 A crime is a public offense but not every offense is a crime. California generally classifies offenses into one of three categories: infraction, misdemeanor or felony.

The category a charge falls into determines the penalties, punishment and consequences you face if found guilty. The type of offense defines the minimum or maximum sentence, if any jail time is served in county jail or state prison, the amount of any fines or if you lose certain civic privileges.

An infraction is a minor violation. It is the least serious kind of offense, and technically is not a “crime.” Infractions are usually violations of a municipal code, local ordinance, the vehicle code, or an administrative regulation. They are recorded as a “citation” or a “ticket.” Walking your dog off-lease, drinking alcohol in public, indecent exposure or not having a business license are examples of an infraction.

You may be represented by a lawyer if charged with an infraction, but you are not entitled to a public defender or a jury trial. You do have the right to appear before a judge. You may present evidence, bring witnesses, and question the authority that issued the citation.

When you receive an infraction citation you normally sign it, which indicates a promise to appear in court on or before a date shown on the ticket.  If you do not appear or do not pay your penalty, it is possible to be guilty of a misdemeanor and a warrant for your arrest may be issued.

If found guilty of a misdemeanor it becomes part of the public record and appears on your “criminal record.”  A misdemeanor charge is a more serious offense than an infraction and if convicted can result in a jail sentence up to a year and a fine.

A long list of offenses qualify as misdemeanors. Some are more serious than others, carrying harsher penalties. How serious the misdemeanor is determines how serious the punishment may be and some misdemeanors have a mandatory minimum sentence. Additionally a misdemeanor conviction can affect your immigration status, driver’s license, the ability to own a gun, or can require registration as a sex offender.

If charged with a misdemeanor, you have a right to be represented by a lawyer and to a jury trial. Your defense attorney will work to “plea bargain” – or reach agreement with prosecutors – to reduce the charge or sentence.   Having a charge reduced from a misdemeanor to an infraction is significant because it eliminates possible jail time, a criminal record, and the other life consequences a misdemeanor conviction can impose.

In a misdemeanor case there is a “three phase” criminal proceeding:

Charges are read, and a plea is entered (guilty, not guilty, or “no contest”), and a trial date is set.

Defense and the prosecuting attorneys appear in court, exchange or request evidence, discuss your past history, and possibly negotiate a plea bargain. It is during this phase your defense attorney may make motions to suppress certain evidence, or ask that the case be dismissed entirely.

If the case is not resolved during pretrial proceedings, it proceeds to trial. The jury is selected, and attorneys make opening statements, present evidence and make closing statements. The jury deliberates and presents their verdict.   If convicted a sentencing hearing is scheduled.

Under certain circumstances a misdemeanor can be removed or “expunged” from your criminal record once your sentence is completed. A lawyer experienced in expungement will help you with the process of getting the crime removed from your record.

Felonies include violence crimes, such as homicide, robbery, rape, arson or kidnapping. Sale of illegal drugs, grand theft, and many white-collar crimes like fraud, forgery, and embezzlement may also be categorized as felonies.

The felony proceeding has an additional “phase:” the preliminary hearing before the trial. If the case is not resolved during the earlier pretrial proceedings, your defense lawyer can use this opportunity to again try to resolve the case with the prosecutor. An experienced defense attorney may be able to negotiate to reduce the charge to a misdemeanor, decreasing the possible penalties you could face.

At the preliminary hearing the prosecutor presents their evidence to a judge (without a jury). The prosecutor must credibly show there is probable cause to believe you committed the crime and that there is adequate evidence for the case to go to trial.

There are some misdemeanors and felonies that can straddle the line between those two categories, and these are called “wobblers.” In California a “wobbler” is an offense in which the prosecutor has the choice to file it either as a misdemeanor or as a felony, depending upon the facts of the case and your past criminal record. Some wobbler offenses in California are sexual battery, grand theft, embezzlement, and money laundering, but there are many more.

Your defense lawyer can work with prosecutors to have a wobbler offense filed as a misdemeanor instead of a felony based on a first offense or showing circumstances that reduce your responsibility for the crime.

Having your charge filed as a misdemeanor rather than a felony avoids the possibility of longer jail sentences, state prison, harsher fines and probation conditions, and the loss of certain civic privileges like gun ownership.